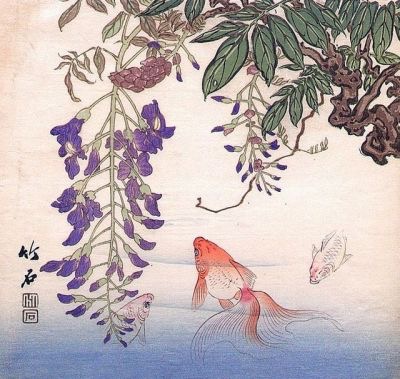 Sorted. All fixed. Straightened out. Done and dusted. We’ve got a lot of phrases in our culture for the end of an activity, the successful completion of a goal, that wonderful place in tomorrow land where we reap the benefits of all our hard work. Heaven knows I’ve gone after and reached plenty of goals in my time, and I can’t say that I’m sorry about all of them, but I’m not quite sure they brought me the peace of mind and satisfaction I thought they would. After all there’s always another goal, when I reach the far horizon I look in the same direction only to see – you guessed it – another far horizon. Of course there’s a zen story about goals.

As I get older, I’ve become shy of goals. In my work (I help people who are troubled by certain of their thoughts, feelings, or behaviours), goals are often attached to some kind of curative fantasies. What is a curative fantasy? Well, I’m glad you asked.

Think of a feeling or a behaviour you have, or should have but don’t, that you’re not happy with. When is it going to change or go away? Chances are that you told yourself at some point that behaviour (or feeling) will change when a particular set of circumstances come about. You’ll start exercising when the kids are at high school, maybe you’ll feel happier if your partner did the dishes every day, or you get a new job, maybe you’ll approve of the way your body looks if you win a bodybuilding competition or become an ironman?

More often than not, these are curative fantasies. When the kids are at high school there’ll be other demands on your time. When your partner is doing the dishes, they’re not doing the washing. As for approving of your body when you received recognition for your physical exploits, well ask Taryn Brumfitt about that.  No really, it’s worth a watch.

Most of our goals, are just that. Curative fantasies. Because when we reach our goal, ‘things’ will be fixed, AS IF the goal was the thing that can ‘fix us’. We’ll feel better, behave better, do better all round. But it turns out that is rarely the case. Daniel Gilbert is a Harvard psychologist who has done a good deal of investigating into what seems to make people happy. One of the most striking findings is that winning the lottery (read: having plenty of money) did not make people as happy as they thought it would. Conversely, an injury causing serious disability like paraplegia did not make people as unhappy as they thought it might. In fact, a year after the event in question, lotto winners were on average NO HAPPIER than paraplegics, not even a bit happier. Now why would that be? The most likely explanation for it has to do with our particularly marvellous frontal lobe. What does the frontal lobe in our brain do? Well among many other uses, it’s a time machine and experience simulator. For example, most people don’t need to actually walk into a Hell’s Angels clubhouse, find the Sargent at Arms and tell him they ran over his Harley in the carpark to have a fair idea how that’s going to work out (i.e. Less like winning lotto and more like serious injury). When we imagine winning lotto, or imagine becoming paraplegic, we imagine an event, not the years of life following it, and as such we forget how incredibly transient strong emotions are, and incorrectly assume those feeling can last; but they don’t.

What’s all this got to do with getting things sorted? Boy, you guys are asking a lot of good questions today, no wonder we get along….

These days, ‘makeover’ shows are all the rage. In particular, Marie Kondo’s ‘Tidying up’ show. Being a Marie Kondo fan, my wife asked me to watch a few episodes with her, so why not? Well, after a couple of episodes I had to say that I really didn’t like it; for a couple of reasons. First, and I would have thought most obviously, watching people clean out their closets and cupboards of 20 years of accumulated stuff was about as fascinating as watching someone mow their lawn. While it might appeal to my wife and others, it just did not interest me no matter how virtuous the intention (by the way, it’s totally OK to not like the things your spouse does, just don’t be a jerk about it). Secondly, the focus was on that elevated feeling that people had when they achieved their goal, the self-congratulations, the high fives and hugs all round. In my experience though, tidying up is quite easy, being tidy is a much more difficult prospect, but makes for much greater contentment in the long run. This is why I am actually a fan of Marie Kondo’s book on which the Netflix show is based, because it has a lot more to say about being tidy as a way of living.

I often wonder how those homes look 12 months after the show. I suspect the results would be variable!

The other problem with goals is the idea that the work on relationships (or the martial arts, or gardening, or bonsai, or learning about one’s vocation) can – or more importantly should – ever be finished. Having achieved our goal we won’t need to work anymore. This is a frame of mind that divides our lives into ‘factions of pleasures and chores, a bed to be made and a bed to lie in’ (to quote songwriters Amy Ray and Emily Saliers). If the work is less desirable than the result, how can we ever know the contentment we seem to crave? After all, with that mindset, most of our life is a matter of enduring, not embracing. When we’re concreting a driveway this is a fine attitude, but for the cultivation of relationships, careers or things that grow, it is quite self defeating. To say “I will relate to you in a loving and helpful way, until I don’t have to”, or “I’ll pull weeds, prune, fertilise and care for this garden until I don’t have to, then I’ll stop”, “I’ll practise my karate kata, and techniques until I’m told I’m an expert, then I won’t have to” raises the question, then why do it at all? You can see how degrees, marriage certificates or black belts, while they have their uses, might get in the way here right?

For relationships, the fixing mentality is particularly corrosive. First of all, being loved by someone until I’m fixed, or the relationship is back on track, wouldn’t make me feel all that valued! But there is another reason I feel a little dismayed that people only come to see me when they’re in crisis. It has to do with association. Many couples I have talked to only practise improving their relationship skills when they’re in trouble, and only as long as they’re in trouble. Curiously, they keep getting into trouble and and the cycle goes on. This is the relationship equivalent of only tidying up when your house is so cluttered it gets a spot on Netflix! After a few trips around that particular block, working on our relationship skills is associated with hurt, stress, fear and anger; strangely enough people develop an aversion to trying to improve their relationship. Improving our communication, appreciation, and thought for others when things are going well – tending our relationships as if our loved ones really mattered, would save a whole lot of (often unsuccessful) ‘fixing’.

It’s not ‘having’ or ‘saving’ a relationship that brings joy, it’s relating to another person in a way that makes us feel less alone. It’s not having a garden that brings joy, but being a gardener, being there for the changes and the quiet unfolding. Certainly no grading certificate has ever convinced me that I don’t have a long way to go in martial arts study, it’s obvious in the way I move. But I don’t have to do it. Truth is I live in a relatively safe time and place where it is really unlikely I’ll be set upon by rowdy thugs (putting my two boisterous sons aside – it’s usually open season on the old man). Being a husband, karateka, gardener, or a Dad is a challenge that never lets up; no-one who ‘endures’ them until they’re ‘sorted or over could really stick with them for long, or grow with them if they did. Tending instead of ‘fixing’ deepens our understanding of ourselves and our world, so long as we keep doing it honestly and patiently. That is, without a fixed idea about how long we should be doing it.

It never hurts to ask ourselves – is a ‘goal’ an appropriate way to make things better here? Should I be sorting this out, or cultivating myself?

One thought on “Sorted… sort of.”